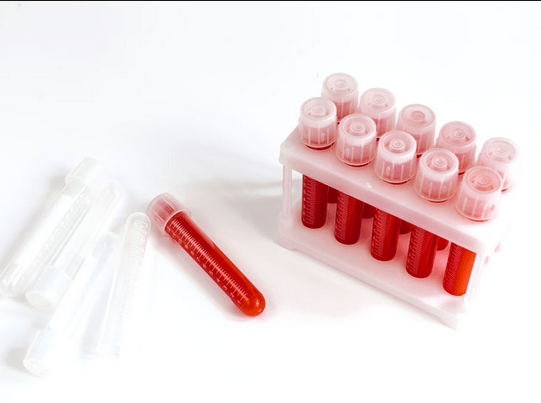 What is an antimitochondrial antibody test?

The smallest unit of life is the cell. A cell is composed of organelles, one of such is the mitochondria, typically referred to as the powerhouse of the cell. Mitochondria produce energy to be used in the body by the cells. It is necessary for the functioning of the body cells.

Antibodies against the mitochondria known as antimitochondrial antibodies are produced during an autoimmune episode when the body turns round to attack itself by attacking its cells, tissues, and organs. As a response, the immune system thinks it is an invasion that could lead to infection and then fights the body. The antimitochondrial antibody test detects increased levels of the antibodies in the blood. It is often done mostly to identify an autoimmune condition called primary biliary cholangitis (PBC), which was formerly known as primary biliary cirrhosis.

Why request for an antimitochondrial antibody test?

Primary biliary cholangitis (PBC) is a condition that results when the immune system lays an attack on the tiny bile ducts present inside the liver. This causes damaging of the bile ducts which lead to scarring and subsequently liver failure. By virtue of this, the liver is at an increased risk of developing cancer.

Symptoms and signs of PBC include:

This antimitochondrial antibody test helps to confirm a diagnosis that was earlier made based on the clinical signs and symptoms gotten. However, a deranged AMA test result is not sufficient by itself to diagnose the disorder and needs further tests to be done such as:

Anti-nuclear antibodies: Quite often, some patients who test positive to this ANA test may also have PBC.

Transaminases: The liver enzymes alanine transaminase and aspartate transaminase are specific to it and so conducting a test for them with abnormally increased values usually points at a liver disease.

Bilirubin: It is a break down product gotten when red blood cells are broken down. It can be excreted as urobilinogen in urine and can also be excreted in feces. Elevated values point towards liver disease.

Albumin: It is a protein produced in the liver. Reduced levels may suggest liver disease or injury.

Anti-smooth muscle antibodies: This particular test is recommended to be done alongside an AMA test as it is helpful in diagnosing autoimmune hepatitis. AMA test can be indicated if in the case of a routine blood test, results show abnormally high levels of alkaline phosphatase. An increased alkaline phosphatase level could mean that the gallbladder or bile duct is diseased.

It is a blood test so as other tests, a blood sample is gotten via venipuncture. The health care provider collects blood from a vein near the elbow or hand into a sample bottle or tube and this blood is sent to a laboratory for analysis. The results will be explained to you by the doctor once the results are out.

Risks associated with an AMA test

Some discomfort may be felt when the blood sample is being taken. Pain usually occurs at the puncture site while the needle is in or shortly after the needle has been removed. The risks of blood collection are generally minimal. Possible risks include:

Interpreting the results of an antimitochondrial antibody test

A normal individual usually doesn’t have AMA in his/her blood. A positive AMA means that the antimitochondrial antibodies are at a detectable level in the bloodstream. A positive AMA test though pointing most at PBC may also be linked to other conditions such as autoimmune hepatitis, lupus, rheumatoid arthritis, and graft-versus-host disease. These antibodies represent only one part of an autoimmune state that the body is producing.

When your test result is out and you have a positive result, you most likely need extra testing to confirm the diagnosis. The doctor may particularly request for a biopsy to be done or may send for a computed tomographic scan of the liver or magnetic resonant imaging of the liver.