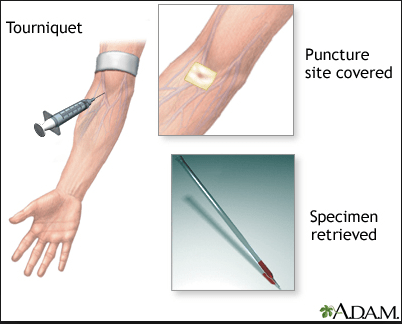 What is an anti-glomerular basement membrane test?

The anti-glomerular basement membrane antibodies fight capillaries in the glomerular basement membrane thereby leading to complications within the kidneys that cause kidney dysfunction. A resultant effect can be the spillage of blood or blood proteins in urine, a condition known as hematuria or hemoglobinuria. These antibodies are not limited to the kidneys only and can also affect the lungs by filling the alveolar air sacs with blood and proteins thus resulting in breathing difficulty and lung damage.

Anti-GBM diseases produce inflammation of the blood vessels in the lungs and kidney, this was noted by the Vasculitis UK. There is a slight male preponderance of the disease and common in young people in their 20’s alongside those in their 60’s and 70’s.

No prior preparation such as overnight fasting is required for the test. It just needs a blood sample preferably taken from the veins. As done in venipuncture, a tourniquet such as an elastic band is tied around the upper arm to enhance the of the veins and makes needle insertion easier.

A vein is located, the skin is disinfected with alcohol, a needle is then inserted into the vein and a tube joint to the end of the needle collects the blood. When the blood quantity collected is enough for the test, the tourniquet is untied from the upper arm, the needle is then removed and a clean gauze or cotton is placed on the venipuncture site and fastened with a bandage.

Very minor risks are associated with drawing blood from a person. There may be some bruise at the needle site but this can be reduced by putting pressure on the site for a few minutes after needle removal.

Rarely, some people may experience the following:

When the tests come in as normal, further investigations such as lung biopsy or kidney biopsy can be done if the doctor strongly suspects based on available symptoms that any of the conditions could be present. This is further strengthened by the fact that there is a less than ten percent chance of having an disease or Good pastures syndrome if anti-GBM antibodies are not detected in the blood.

For abnormal results, this implies that the presence of anti-GBM antibodies in blood is positive. This means that there is a 95 to 100 percent likelihood that one has an disease or Good pasture syndrome. A lung or a kidney biopsy may be further needed to confirm the diagnosis. Diagnosis is made upon reviewing the test results and symptoms.

Several treatment modalities exist. They include:

Recovery can be total for mild cases but for severe cases incorporating kidney damage, dialysis may be needed.

Additional side effects of the immunosuppressive therapy include: urinary tract infections, skin infections, sepsis, stomach inflammation, peptic ulcer disease and osteoporosis. As an individual, you play a key role in recovery by watching out for symptoms of infection, being compliant with medications and taking plenty liquid substances.