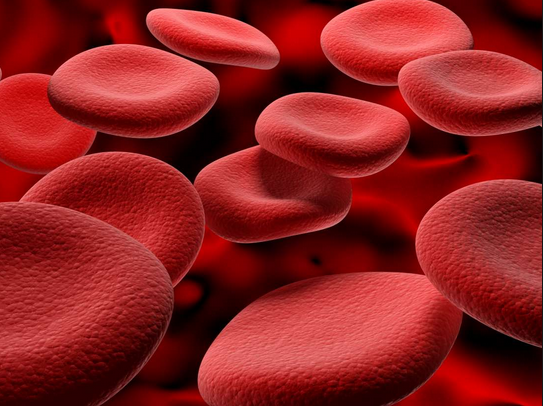 Anemia is a health condition that is characterized by a deficiency of red blood cells. The human blood has two fractions – the liquid portion and the cellular portion. The liquid portion is known as the plasma. On the other hand, the cellular portion (which also doubles as the solid portion) consists of red blood cells, white blood cells, and blood platelets. The red blood cells are responsible for the transport and delivery of oxygen to all tissues in the body. Without oxygen, the human body cannot survive, so the importance of red blood cells to the overall health cannot be overemphasized. It suffices to say that an individual who has a low red blood cell count also has a low amount of oxygen in his or her blood. The symptoms of anemia are caused by a drastic reduction in oxygen supply to the vital organs and tissues of the body. Diagnosis of anemia is based on the amount of hemoglobin in the blood. Hemoglobin is a protein that has a very high affinity for oxygen. It resides in the red blood cell. A study by the Cleveland Clinic has shown that no less than 3.4 million Americans are anemic. Among those with a high risk of developing anemia are cancer patients and women.

What are the causes of anemia?

For your red blood cells to mature, you must have enough of vitamin B-12, iron, and folate in your diet. Clinical research has shown that no less than 0.8% of the body’s total red blood cells undergo replacement every day. An average red blood cell has a lifespan of 120 days. Generally, anemia arises whenever this balance in the production and destruction of red blood cells is disrupted.

Factor that causes a decrease in red blood cell production include:

All in all, the major cause of iron deficiency is anemia. Intake of iron is a major index for the health assessment of nations. A study by the World Health Organization has shown that at least 2 billion people have anemia around the world, and a greater percentage of this is due to anemia.

THE RELATIONSHIP BETWEEN DAILY NUTRITIONAL REQUIREMENTS AND ANEMIA

There are variations for daily intake of iron and vitamins. These variations are based on the age and sex of the individual. The female gender requires more folate and iron that the male due to the monthly loss of blood (via menstruation), fetal development, and lactation.

Members of the geriatric population (that is, those above the age of 50) will need up to 8mg if iron per day. If diet alone cannot meet this requirement, then they may supplement it.

Important dietary sources or iron include:

Folate is the natural form of folic acid. People above the age of 14 need at up to 400mcg/DFE of dietary folate each day. For breastfeeding or pregnant women, the recommended daily intake is 600mcg/DFE, while lactating women need up to 500mcg/DFE per day.

You can also add folic acid to your diet with fortified cereals and breads.

Adults need up to 2.4mcg of vitamin B-12 daily. Pregnant women and teens will require up to 2.6mcg per day. On the other hand, breastfeeding women need up to 2.8mcg each day.

Those who don’t get adequate amounts of vitamin B-12 from their diets can supplement it.

Anemic patients often look pale and complain of being cold. They may also be dizzy and feel lightheaded, especially when they are engaged in some form of activity, or even when they are standing. Anemic patients always have funny and unusual cravings, such as the desire to eat dirt, ice, or clay. They get easily fatigued and find it difficult to concentrate. They also have constipation. In some cases, anemia may cause inflammation of the tongue. People with an inflamed tongue usually have a glossy, smooth, red tongue. They also experience pain in the tongue.

Fainting occurs when the anemia gets very severe. Other common symptoms of anemia include pains in the chest, dyspnea (shortness of breath), and low blood oxygen levels.

If a doctor carries out a physical examination on an anemic patient, he or she may notice symptoms such as:

If you notice that you have symptoms of anemia, please do not hesitate to seek medical attention.

To diagnose anemia, your doctor may begin by asking of your health history, a physical exam, and the health history of your family. Laboratory tests will also be conducted. This helps the doctor to determine the actual cause of the anemia. If you’ve been exposed to toxins in the past, then this may be an indication that the cause is environmental.

Tests to diagnose anemia include:

Supplementary tests may include an abdominal CT scan, chest X-ray, barium enema, and studies of the upper gastrointestinal tract.

The type of treatment depends on the cause of the disease. If the anemia is caused by a deficiency in iron, folate, or vitamin B-12, then the affected individual will be treated with nutritional supplements. Sometimes the patient will need to be injected with vitamin B-12, considering that this supplement is poorly absorbed by the gastrointestinal tract. You may also ask your nutritionist or doctor to prescribe for you a diet that is rich in minerals, vitamins, and other nutrients. With the right diet, you can prevent a recurrence of this kind of anemia. If the anemia is very severe, then you will be given erythropoietin injections to stimulate the production of red blood cells in the bone marrow. You may need a blood transfusion if you have a low hemoglobin level or there is bleeding.

What is the prognosis for anemia?

The prognosis for anemia depends on the causative factor, and how well the patient responds to treatment. Anemia can be treated, but may be fatal if left unattended to. Always study your food labels carefully and buy multivitamins so that you can achieve the recommended daily intake of iron.

Please get medical attention if you experience any of the symptoms of anemia. You will get a dietary or supplement prescription to boost your iron intake.

Sometimes an iron deficiency could indicate a serious underlying medical condition. You should be careful with the way you handle your body. Sometimes, just taking an iron supplement or a simple dietary modification may be all that you need to solve the problem.