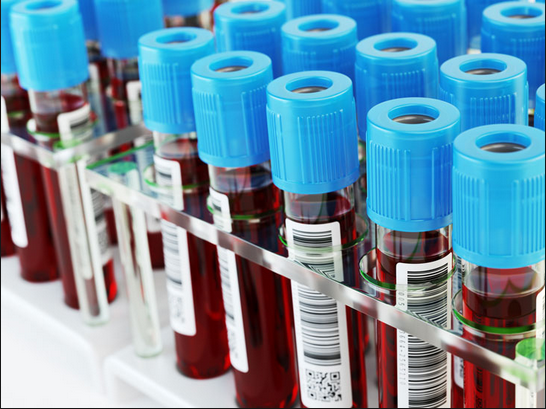 What are amylase and lipase tests?

The levels of amylase and lipase in the bloodstream are increased when the pancreas is inflamed. This condition is known as pancreatitis. Learn more about acute pancreatitis here.

Symptoms associated with pancreatitis include:

Abdominal pain also has a host of potential causes. These include ectopic pregnancy in women, appendicitis, and blockage of the intestine, among others. Amylase and lipase tests are important because they help determine if these symptoms are as a result of pancreatitis, or something else.

What are the normal levels of amylase and lipase?

The glands of the body produce enzymes to carry out a specific task. This implies that each is enzyme has a unique function. Amylase, instance, is produced by the pancreas to catabolize carbohydrates into simple sugars. On the other hand, lipase is produced by the body to help digest fats into fatty acids. The small intestine then absorbs the sugars and fatty acids. Some amylase and lipase are present in the saliva and in the stomach. However, a greater quantity of these enzymes produced by the pancreas is released into the small intestine.

In healthy individuals, normal level of amylase in the blood is around 23-85 units per liter (U/L). However, some laboratories peg their range up to 140U/L.

Depending on the laboratory, normal levels of lipase may range from 0-160 U/L.

If the pancreas is diseased or damaged, the concentrations of these enzymes will be elevated. Pancreatitis is damaged when amylase and lipase tests show a result more than three times normal. In rare cases, however, the levels of amylase and lipase may remain normal even in the presence of significant damage to the pancreas. In these cases, abdominal pain manifests as the most common symptom. In the initial stage of pancreatic damage, amylase or lipase levels may also be normal.

There are a number of reasons why this may happen. These include:

If the levels of amylase are lower than normal, then it may be an indication of severe pancreatic injury, prediabetes, or diabetes and high triglycerides.

Certain medications can elevate the concentration of amylase in your blood even in the absence of illnesses. These include:

Levels of lipase in the blood may rise astronomically if a person is experiencing:

Amylase and lipase during pregnancy

Preparing for amylase and lipase tests

No special preparation is required for amylase and lipase tests. You may put on a short-sleeved shirt or a loose fitting shirt so that your physician may have easy access to a vein in your arm.

What should I expect during amylase and lipase tests?

If you are experiencing abdominal pain, you should not jump to the conclusion that you have acute pancreatitis. Abdominal pain has many causes. Amylase and lipase tests are just pieces of the puzzle. Your physician will first ask of your medical and family history, conduct a physical examination, and then inquire from you if you are taking any medications.

To conduct amylase and lipase tests, a health professional will perform the following procedure:

You may experience some pain and bruise at the site of insertion. Infection, excessive bleeding, fainting may occur, but it rare. Because high amylase levels are associated with decreased kidney function, your physician may order for a urine amylase test or other blood tests.

What do amylase and lipase test results mean?

A high amylase level tells your physician that you’ve got a problem. However, it may not necessarily involve your pancreas. It should be noted that lipase levels are usually more specific for pancreatic disorders, compared to amylase levels. Evaluating the results of both amylase and lipase tests can help your physician rule out or diagnose pancreatitis and other pancreatic conditions.

If you have severe abdominal pain, please consult your physician immediately. Based on the results gotten from amylase and lipase tests, and your medical history, you physician will decide whether or not you need an additional test or what kind of treatment you need.