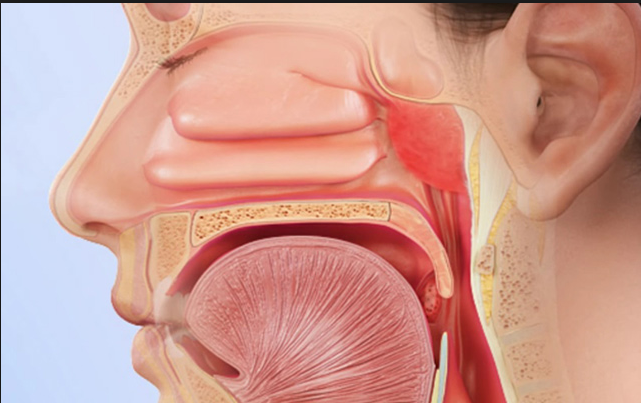 Airway obstruction is a health state caused by a blockage in any segment of the airway. The obstruction can be partial, complete, minor, or life-threatening.

When airway obstruction is life-threatening, medical attention should be sought immediately.

An airway obstruction is a health state caused by a blockage in any segment of the airway. The obstruction can be partial, complete, minor or life-threatening.

When an airway obstruction is life-threatening, medical attention should be sought for immediately.

Airway obstructions are typically classified by taking note of where the obstruction is along the airway and the degree of the blockage:

What causes an airway obstruction?

To get a vivid picture of airway obstruction, imagine someone chocking on a piece of food.

But that’s just one out of the many ways an airway obstruction can occur. The following are more ways of this occurring:

Who is at risk for an airway obstruction?

Children are the number one set of people that are at a very high risk of experiencing lodgment of foreign objects in their mouth and nose especially toys. Aside them sticking toys into their mouth and nose, they can also be choked from food particles that are not properly chewed.

Health conditions can paralyze the function of the airway. Notable instances are seen in:

What are the symptoms of airway obstruction?

How is an airway obstruction diagnosed?

In order to diagnose airway obstructions, the symptoms and signs will have to be evaluated.

The diagnosing signs are:

The above signs are not enough to sufficiently diagnose an airway obstruction. Other tests will be required. These tests include X-ray, bronchoscopy, laryngoscopy, and a CT scan.

If an X-ray couldn’t give the exact cause of the airway obstruction, a bronchoscopy will be ordered for. Bronchoscopy is more advanced than X-rays in the sense that an instrument will be used to invade your lungs through your mouth or nose. The instrument used is a bronchoscope and with it, the cause of the obstruction can be detected. Diseased condition or foreign objects in the trachea can be the reason for an air obstruction. Cystic fibrosis, emphesema and tracheomalacia are conditions that can affect the integrity of the airway and hence, an obstruction.

A laryngoscopy is another procedure that can be useful in the diagnosis of an airway obstruction. The part of the airway that this procedure assesses is the larynx, otherwise referred to as the voice box. The instrument used is a laryngoscope.

A CT scan can also be run on the chest, neck, or head. A CT scan can reveal the presence of any inflammation particularly in the epiglottis – epiglottitis. The epiglottis is a sheet of tissue that covers the trachea. It prevents the backward movement of food once swallowed. It also guards against the invasion of foreign bodies into the airway.

How is an airway obstruction treated?

All airway obstructions are to be seen as an emergency. Help can be received by calling 911 in such emergency situations. While waiting for a rescue, there are certain things that can be done.

Heimlich maneuver is an emergency technique, it can help a choking person from a foreign object:

The Red Cross has also recommended that blows on the back five successive times can dislodge the foreign material from the airway. This can be combined with the abdominal thrusts for quick results. The blows and the thrusts must be done repeatedly to get the material dislodged from the lungs.

Epinephrine will be useful when there is a swelling from an allergic reaction. Food or bee sting allergies make the throat and tongue suddenly swell. This will often result in complete or near airway obstruction in a matter of minutes. If you have a severe form of allergies, you should always take with you an injector called EpiPen. It is usually administered on the thigh whenever there is an allergy. This injector can also be used for an anaphylactic shock while waiting to receive medical help. Medical personnel should always evaluate persons who have had epinephrine injections in the shortest possible time.

Cardiopulmonary resuscitation (CPR) is used on someone who finds it hard to breath and has lost consciousness. A CPR makes blood available to the brain while waiting for medical help.

To carry out a CPR:

When an ambulance eventually arrives, the obstruction can then be properly treated based on the factor underlying it.

If the airways are swollen, oxygen can be supplied to the airway via an endotracheal (nasotracheal) tube.

An obstruction in the airway can also be bypassed using either of these two surgical procedures – cricothyrotomy and tracheostomy. With any of these, an opening can be made in the airway. This procedure will be employed when every other medical approach has failed.

Prognosis after an airway obstruction

Airway obstructions that aren’t genetically caused can be successfully treated when medical help is been sought for without hesitation. There are instances where an airway obstruction can become fatal after all the available treatment option has been exhausted. Advance help must be employed by the doctor.

Prevention of an airway obstruction

Certain airway obstructions can be prevented by practicing some good habits: