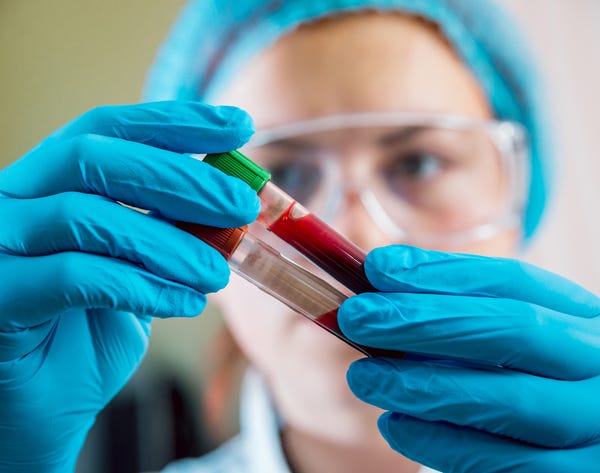 Acidosis is the state of health characterized by excess acids in the blood and body fluids. It usually depicts an abnormality in the lungs or kidneys. These two organs are the main organs responsible for keeping the blood’s pH in a normal state, needed for the body to function well. It is the pH that determines the body’s acidity.
The body produces acid all the time. Acid is produced from the food you eat. In the process of metabolizing the foods, acids are formed. These acids are usually weak acids that cannot harm the body and are produced in low quantities. Besides, the body has a way of handling these acids. But when the body’s acid control mechanisms break down, this disorder ensues.
Standard body pH is 7.4 but the body has a way of maintaining it between 7.35 – 7. 45. Any minute fall or rise either of these values will be fatal to the body. When it is less than 7.35, acidosis will occur. When it is higher than 7.45, alkalosis will ensue.

Lung or kidney malfunctioning. These give rise to the two different types of this disorder – respiratory and metabolic.

This is a state of too much acid in the blood. It is caused by Carbon dioxide. It accumulates in the body instead of being released in the lungs and then into the air.
Conditions that affect the lungs can compromise its integrity in doing this. For example, asthma is a chronic lung condition that can affect one’s breathing rate and hence prevent the expulsion of carbon dioxide into the air.
Other conditions like an injury to the chest, obesity, sedative obsession, alcoholism, weak chest muscles, nervous system challenges, deformed chest, etc. can elicit respiratory acidosis.

This is the condition in the kidneys characterized by their inability to get rid of excess acids produced in the body. Also associated with this condition is the elimination of too much alkali (i.e. base) in the body.
Three (3) major kinds of metabolic acidosis exist – diabetic, lactic, and hyperchloremic.

From the name “diabetic acidosis”, you can agree with me that it is caused by diabetes. Diabetes is an ill-health state characterized by an inability of one’s body system to control its blood sugar level. Insulin is responsible for this control. Diabetic people have a problem with producing this hormone or they have pancreatic cells that are not sensitive to them.
A poorly managed diabetic condition will result in the accumulation of a group of acids called keto-acids. These acids make the blood acidic.

Excess lactic acids in the blood are responsible for this disorder. Long-term alcohol use, hypoglycemia, cancer, heart failure, seizures, liver failure, prolonged oxygen deficiency, and even prolonged exercise are some of the conditions that can induce this disorder.

This disorder results from a loss of sodium bicarbonate. This base helps to keep the blood pH in a neutral state. Both diarrhea and vomiting can cause this.
Renal tubular acidosis is another type. It is experienced when the kidneys fail to release acids into the urine. This makes the acids build up in the blood.

Respiratory acidosis and metabolic acidosis have symptoms that are common. Nevertheless, the symptoms of acidosis are cause-based.

In addition to the symptoms listed for respiratory acidosis, metabolic acidosis has the following presentations

If you suspect you have this disorder, visit your doctor at once for a quick diagnosis and treatment.
In order to diagnose the condition, a series of blood tests will be carried out on you.
A blood test referred to an arterial blood gas test, is one of the diagnostic tests you will undergo. An arterial blood gas test will check three things – your blood oxygen, your blood carbon dioxide, and your blood pH.
Another vital diagnostic assessment that will be conducted on you is the basic metabolic panel – BMP. It can find out the specific cause and type of acidosis. BMP will check the overall function of organs, electrolytes, proteins, fluids, and even blood sugar in your body.
If the end of the diagnosis is a respiratory acidosis, your doctor will go further to check the overall health of your lungs. He will employ a pulmonary function test and a chest X-ray to achieve this.
Also, if the end of the diagnosis seems to have a semblance with metabolic acidosis, your doctor will order for your urine sample. Tests will be run on it to find out its pH. Other tests might also be run on you to find out the exact cause.

Until you have been properly diagnosed, treatment will not be embarked upon. The target of all treatments will be on the actual cause. However, certain treatments can be adapted to treat acidosis. For instance, your doctor may administer sodium bicarbonate to you to raise your blood pH. He can choose to administer it orally or via an intravenous drip.

Treatment for respiratory acidosis – Target is the lungs.

Treatments to expect are bronchodilators to dilate your airway. You will also be placed on oxygen therapy if you have an obstructed airway or weak chest muscles. The therapy will increase your airway pressure so that most of the acids can be forced out of your lungs.

Since it has different types, its treatment will be determined by the type and its cause.
Hyperchloremic: oral sodium bicarbonate.
Acidosis due to kidney failure: sodium citrate.
Diabetic: Intravenous fluids and insulin to restore blood pH.
Lactic; intravenous fluid injection, antibiotics, bicarbonate supplements, or oxygen therapy based on its cause.

Without prompt treatment, this disorder may lead to the following health complications:

This disorder cannot be completely prevented but its risk can be minimized thus.

Some people recover from this disorder quickly and fully. Other persons with organ dysfunctions such as a respiratory or kidney failure can take a longer time to recover.
Severe cases of this disorder can lead to shock and sometimes, death.
But it is good to know that your quick recovery can be determined by your treatment plan.