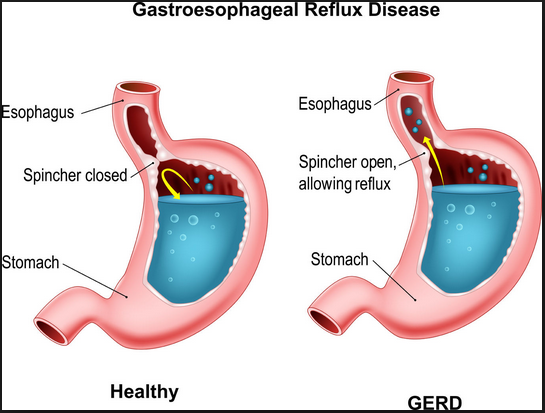 Acid reflux is the upward flow of gastric acid from the upper part of the stomach into the esophagus. Its consequence is heartburn amongst other symptoms. A more advanced form of acid reflux is GERD: it has more severe symptoms and occurs more frequently than acid reflux.
Changes in lifestyle, use of over-the-counter drugs, and some other prescriptions – H2 blockers, antacids, and proton pump inhibitors (also known as PPIs) – can readily resolve acid reflux in some people.
But in some other persons, the treatment has to be taken a step further – surgery – where the dysfunctional sphincter that allows acid to flow into the esophagus from the stomach is repaired, removed, or replaced.
The sphincter is situated between the esophagus and the stomach. It controls the one-way movement of food into the stomach. When it is not functioning well due to whatever reason, it will become partly or completely opened as opposed to it shutting against the esophagus once food passes through it.
Acid reflux when not well treated will progress into GERD and GERD when left unattended to will advance into Barrett’s esophagus. In Barrett’s esophagus, the tissues located in the esophagus have become damaged and are predisposed to precipitating into cancerous tissues. Notwithstanding, this case does not readily come by.

When you should consider a surgery

When GERD has culminated into serious tissue damage, ulcer, or bleeding of the esophagus that has made swallowing difficult. All of these begin with continuous inflammation of the esophagus by gastric acid. Surgery is mostly the last option after every other option – lifestyle changes, medications (short and long-term), diet, etc. have failed.
Should your GERD require a surgical approach or you would love to go for it once and for all against the stress of long-term medications; different surgical options exist for it. You only have to speak to your doctor for further information. Ask him about the cost of performing one.
You should expect that the cost will be largely based on the hospital, the surgery type you are considering, your insurance coverage, and indeed other factors.

The types of surgery for GERD

It is an open surgery that is often considered as the standard. It is used in tightening and reinforcing the lower esophageal sphincter by wrapping the upper part of the stomach around the outer part of the lower esophagus. Its long-term success rate has been widely acclaimed.
In fundoplication, a long incision is made into the esophagus through your stomach.
It can also be carried out as a less invasive laparoscopic surgery where several smaller cuts are made through the esophagus.
In preparation for this surgical procedure, the following will be expected;

N/B: Preparation might be more than the above-listed based on your medical history. Your doctor will always put you through on everything you need to know.

It finds a place when open fundoplication is not required. In TIF, several folds of the barrier are created at the base of the esophagus using a device called EsophyX. This barrier then acts as a valve that stops acid reflux into the esophagus from the stomach.
EsophyX is inserted into the esophagus through the mouth. This means it is not associated with incisions as seen in fundoplication. You can go for this surgical approach if you don’t want to be placed on medications or you don’t like invasive surgery.
If you are considering this option, speak to your doctor for further information and preparation modalities.

This is good for outpatients. A thin and flexible tube that can be inserted into your esophagus, an endoscope, is used to perform this procedure. An electrode is attached at the end of the tube. This electrode then generates heat in the tissues of your esophagus so that tiny cuts are created. The tiny cuts will eventually form scar tissue around the sphincter in your esophagus that blocks the nerves that usually responds to the invading acid. It is plausible in symptom elimination or relief as the case may be. Plus, it is more cost-friendly when compared with fundoplication.
Preparatory ritual for this procedure is the same as fundoplication. Notwithstanding, seek further information from your doctor.

This procedure uses an endoscope to create pleats from stitches in the faulty sphincter. These pleats strengthen the sphincter. It is not as common as others listed above. You might want to find out more about this procedure from your doctor if it comes with insurance or not. The cost implications should also be found out.

Recovery is determined by the surgery option – traditional or laparoscopic. While traditional surgery is more invasive, painful, and has a long time both in the hospital (1 week) and for recovery (6 weeks), the laparoscopic approach is the exact opposite. It will take only a few days for you to be operated upon and you are back on your feet in a week’s time. Plus, less pain will be felt and it is less invasive.
Whatever approach the doctor uses depends on your overall health state. He will help you assess all of the factors before he adopts the very best for you.  Fundoplication happens to be the most common.
Before GERD is embarked upon, dietary changes and some medications will be recommended for you by your doctor. Failure in any of those will prompt the doctor to go ahead with the surgery anyway

Surgery is a two-way approach to treating GERD. One, it is the last option of treating GERD. Two, it can be a patient’s request in order to avoid the stress from long-term placement on medications. But your doctor will help you make the right choice based on the state of your esophagus, your insurance coverage, your financial status amongst other noble factors.
For more well-known surgeries adopted in treating GERD, the outlook is quite good. Most people suffering from GERD get relieved from their symptoms and in some instances, the symptoms completely disappear. Newer or the not-too-common surgical treatments haven’t had sufficient proof of effectiveness. Studies on them are still ongoing.

A line is a ring of small magnetic beads of titanium. It can be wrapped around the sphincter for strength. That is what Linx surgery does. The beads move so close to keep the esophagus in the right function state – normal opening and closure for food passage.
It is less invasive, less painful, and has a short recovery time when compared to the traditional method. It is very good for acid reflux relief although it is barely a new method. 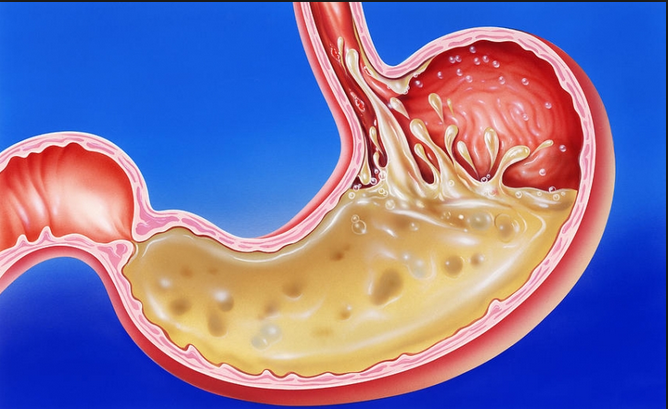 Introduction to acid reflux Acid reflux is characterized by a burning sensation that travels right from the upper part of the…
Manage Cookie Consent
To provide the best experiences, we use technologies like cookies to store and/or access device information. Consenting to these technologies will allow us to process data such as browsing behavior or unique IDs on this site. Not consenting or withdrawing consent, may adversely affect certain features and functions.
Manage options Manage services Manage vendors Read more about these purposes
View preferences
{title} {title} {title}